Emily is a Nottingham-born mezzo-soprano. She studies at the Royal Conservatoire of Scotland on
the MMus Vocal Performance Course, studying with Clare Shearer and is supported by a
scholarship. She is the winner of the John and Barbara Beaumont Bursary and the Liz Chant
Bursary.
She holds a First Class Honours Degree in Music from the University of York and was a Fellow
of the National Youth Choirs of Great Britain in 2017-18. She sang with Genesis Sixteen from
2016-17 under the direction of Harry Christophers and Eamonn Dougan.
Recent and forthcoming appearances include Elgar’s The Music Makers with Nottingham
Festival Chorus in February 2019, Sara (Tobias and the Angel, Dove) for Nottingham Cathedral
and Streetwise Opera and recitals in the Southwell Minster and the Nottingham Classics preconcert
recital. Alongside oratorio with the European Union Chamber Orchestra at St John Smith
Square and with Aldeburgh Voices at the Snape Maltings Easter Weekend.
Emily had the honour of being the first Female Alto to sing with the Men and Boys Choir at
Southwell Minster in February 2018, a landmark moment in the Minsters 900+ year history. 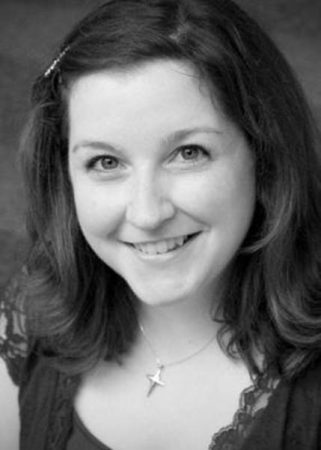 Born in Nottinghamshire, Ruth Massey was educated at Worksop College and Cambridge University, where she held a Choral Scholarship at Clare College. She has performed with many of the UK’s foremost consorts, specialising in Medieval, Renaissance and Baroque music. She has toured the world with The Tallis Scholars, The Sixteen, The Eric Whitacre Singers and The Gabrieli Consort. European concert highlights include Haydn Harmoniemesse at the Festival de Musique de La Chaise Dieu, France, Handel Dixit Dominus at Santa Maria di Montesanto, Rome, Italy (the church where this majestic piece was first performed in 1707), and Ockeghem Missa Prolationum in the Conzertgebouw Amsterdam.

Closer to home, London performances include Mozart Vesperae Solennes de Confessore at The Barbican, Rachmaninov Vespers at Cadogan Hall, Buxtehude’s seven-cantata cycle Membra Jesu Nostri at Kings Place, Pärt Stabat Mater at the Wigmore Hall, and Britten Ceremony of Carols in the City of London Festival. With The Sixteen she gave an acclaimed performance of two solo-voice Bach Cantatas at the Edinburgh Festival, of which The Scotsman said: ‘especially memorable was Ruth Massey’s alto aria in BWV146. … Its shapely phrasing was illuminated from within by warm persuasiveness and a desire to reach heaven that no God could refuse.’

Ruth has appeared on over 100 commercial CDs, several of which have won Gramophone Awards. Hollywood soundtrack recordings have also featured prominently in Ruth’s work, from the mighty Harry Potter films to DreamWorks’ animation Flushed Away!

Ruth lives in North Nottinghamshire and is Director of Music at Ranby House School. Her greatest loves are the music of Poulenc and long muddy walks in Clumber Park with her two hounds.